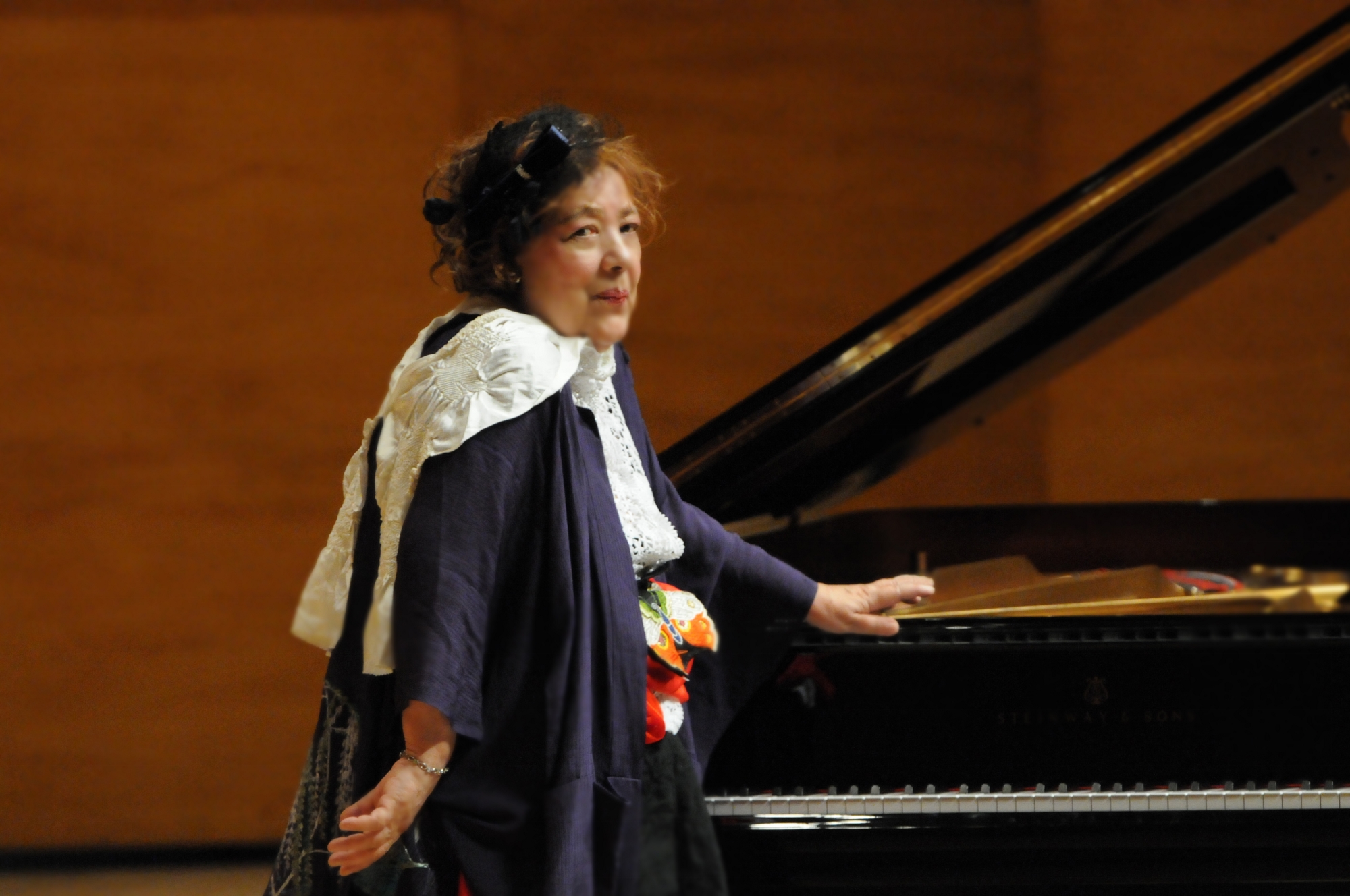 Mário Košik
A very special character will be the guest of the orchestra. Ingrid Fuzjko Hemming celebrates her 90th birthday this year. She was born in Berlin to a Russian-Swedish architect father and a Japanese pianist mother. At the age of five, she moved to Japan with her parents, where she began to play the piano and began to show her talent at an early age. Her brilliant career was interrupted by a serious illness, due to which she has lost her hearing. After her recovery, she resumed her career, and with incredible willpower, she fought her way back to the top. Her story is known all around the world, and has been adapted in a documentary film and a theatrical performance. In 2002, she donated a full year's royalties from her record sales to help the victims of 9/11. The following year, she donated her concert fees to support Afghan refugees. She has performed with the MÁV Symphony Orchestra in Japan and in Budapest, at the Franz Liszt Academy of Music and the Béla Bartók National Concert Hall of Müpa Budapest. Her concert programs are always very individual, like a giant concerto. After Beethoven's Symphony No. 8, she will perform the slow movements of two famous piano concertos, and concludes her concert with the joyous Piano Concerto in C major by Mozart.