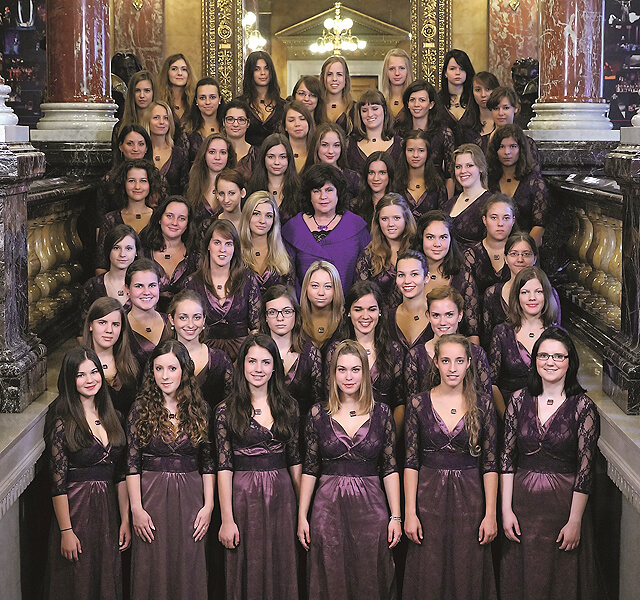 PERFORMIN TOGETHER 2. –
WITH THE ANGELICA GIRLS CHOIR

The Angelica Girls Choir is 30 years old. The chorus was founded in 1989 by Zsuzsanna Gráf, the music teacher at the Városmajori High School and the former graduates of the school. Since then, they have won the first prize at seven international choir competitions and traveled almost every country in Europe, and visited the United States, Japan and Argentina. The ensemble was awarded the Hungarian Heritage Prize in 2009, the Junior Prime Prize in 2013, and the Prime Prize in 2014. Besides the classic works in the choir literature they sing many contemporary pieces. Several Hungarian composers wrote new compositions for them.

The choir has been a long time friend of the MÁV Symphony Orchestra, as it participated in the performance of oratorical compositions in several concerts. In this concert, the choir will be introduced to our audience. It will present a sample of their enormous repertoire of a cappella (without accompaniment) compositions, and, of course, will sing together with our orchestra.